5 Ways to Embrace Summer in Berlin!

With the summer travel season well underway, many of you out there might be planning your travels across Europe. If your itinerary includes Berlin, you are in for a treat, as the intensely creative German capital comes alive during the summer months. Here are just a few ways to make the most of your visit to the city: 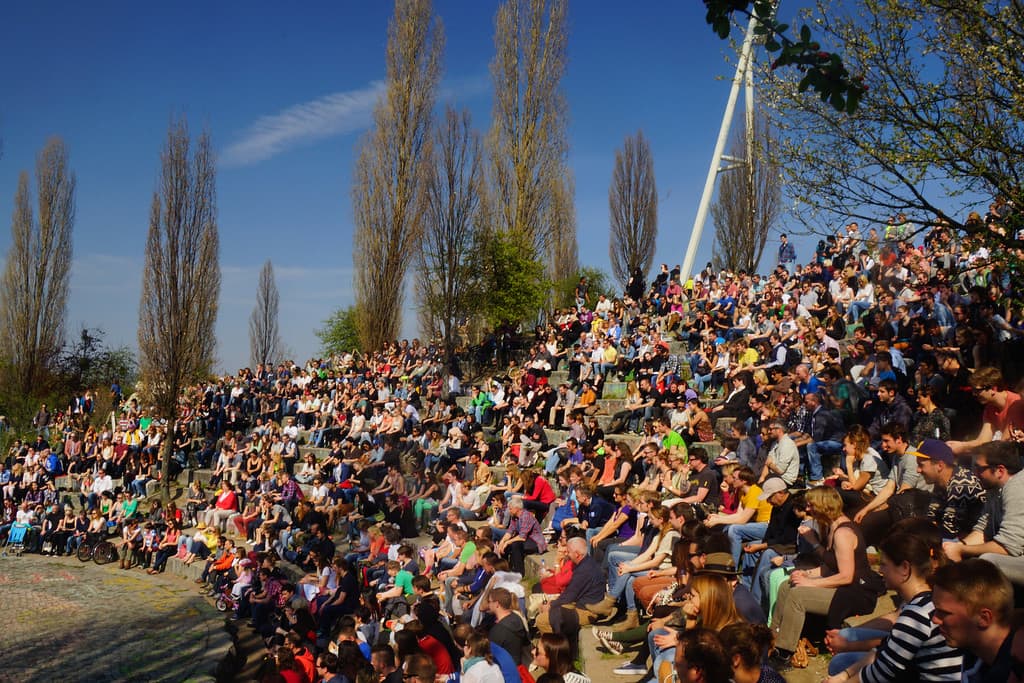 1) Sing karaoke and shop the flea markets at Mauerpark

Little more than a quarter of a century ago, the space that lay between East and West Berlin was an extremely dangerous no-man’s land. After the reunification of Germany in 1989, plans were quickly implemented to convert the former gap between the two Berlins into a public space, and today that’s what is known as Mauerpark.

Sunday’s are the best time to visit the park and people flock by the thousands. Here you can enjoy a picnic, grab some street food, or shop the famous flea market, which offers all the relics of days gone by (be on the lookout for some quality vinyl, as it is a great place to pick up some rare albums). After you have finished shopping, saunter over to the Bear Pit (an amphitheater located across from the basketball court) to try your hand at crooning your favorite pop tune. Be wary though, as the avid karaoke fans here have no shame at booing those that turn their song of choice into a train wreck. On the other hand, they’ll support you with wild enthusiasm if you nail it, so go on, you only live once as they say.

Badeschiff literally translates to ‘bathing ship’ and it’s one of the hottest local attractions for young Berliners during the summer months. With the Spree being far too polluted for anybody to even think of jumping in to cool off, Berlin creative Suzanne Lorenz employed the services of a Spanish architecture firm to help refurbish the hull of a former ship into a swimming pool.

Opened in 2004 initially as an art project, the concept became wildly popular, ensuring its continued existence through to the present day. With DJs spinning tunes here through much of the season, and an open bar being located on the premises, there is no better way to be cool (figuratively and literally) during the dog days of summer. 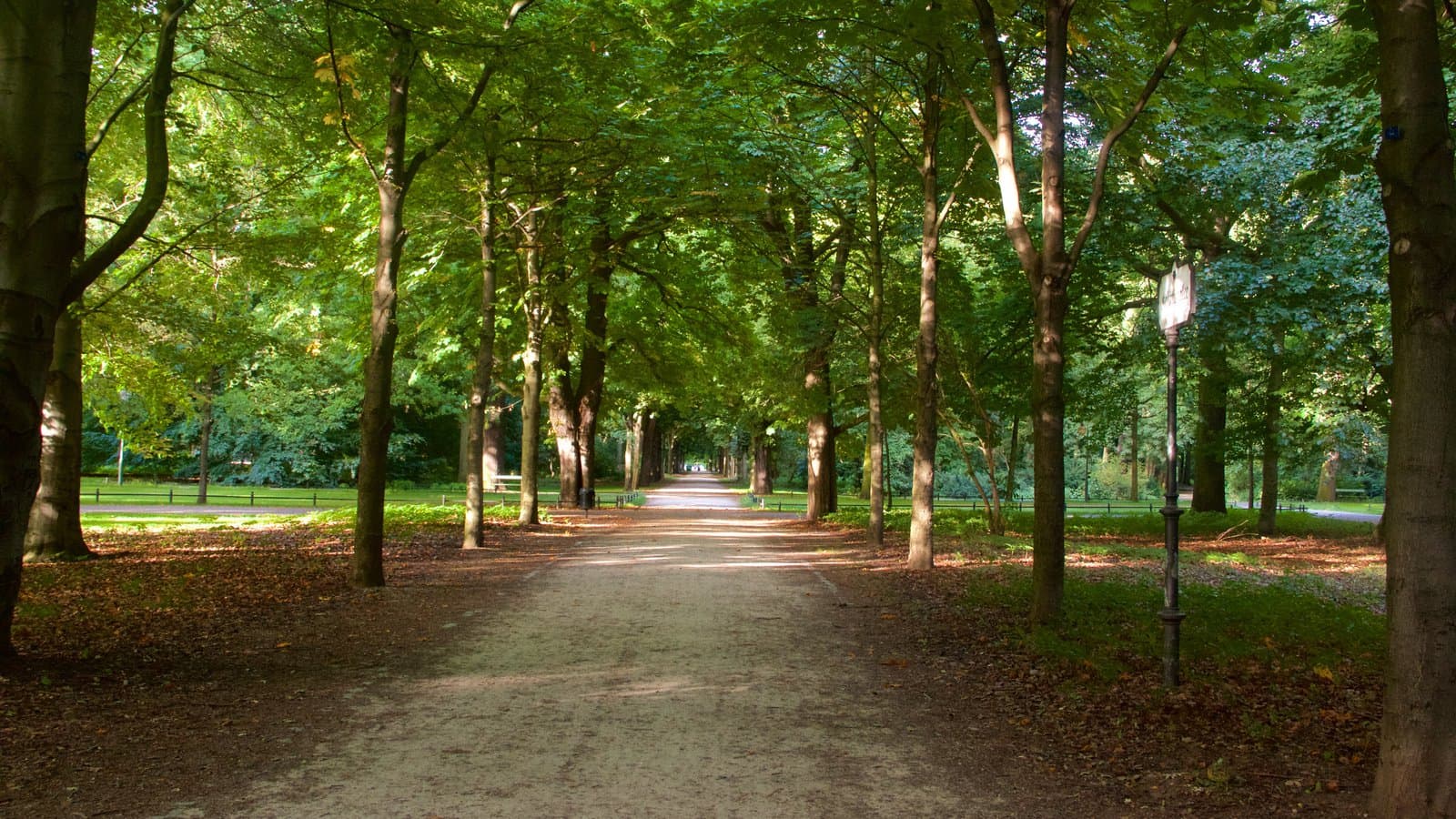 3) Do some biking in Tiergarten

Tiergarten is to Berlin what Central Park is to New York; it’s a massive green space at the heart of the city where Berliners can go to escape the realities of urban life. The most noteworthy sight is none other than the Brandenburg Gate, which is situated on the park’s eastern entrance. Other points of interest include the Victory Column (where you can get some great photos of the city from an elevated position), and the numerous rivers and ponds scattered throughout the park. It’s a great place for a leisurely bike ride.

4) Pay a visit to the castle on Peacock Island

Situated in southwestern Berlin on the border with Potsdam, Peacock Island is a popular day trip and an easy escape from the city.  Here you can visit the castle that Prussian King Frederick William II built for himself and his mistress.

While the castle is impressive enough on its own, the highlight of your trip will undoubtedly be the wildlife found here, including the namesake peacocks. Apart from Tiergarten in the city centre, those seeking to experience nature will be well served by spending an afternoon on Peacock Island. While you’re there, you may want to consider joining a guided tour of Potsdam’s palaces, which are just a hop and a skip away. 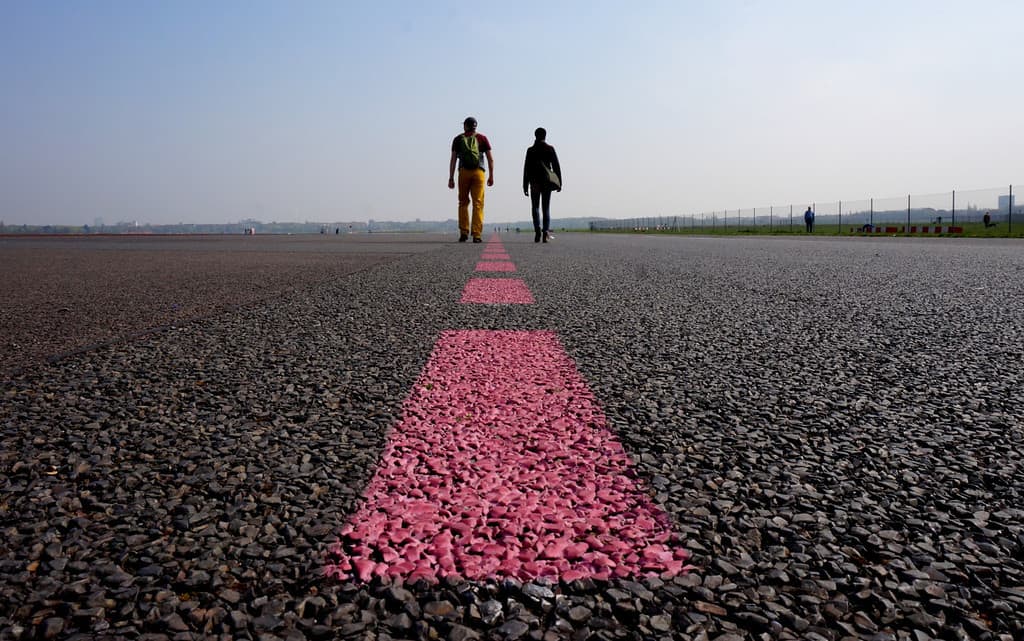 5) Have a picnic at an airport turned urban park

Ever looked at the massive lawns in between runways at an airport and had a passing thought that it might be a lovely spot for a picnic (the deafening roar of jet engines notwithstanding)?

With operations at Tempelhof Airport having been suspended since 2008, this former facility has been transformed into one of the world’s most unique parks. Today the massive airfield is used as a recreation ground for skaters, bikers and baseball players. The airport is also a popular spot for guided bike tours of Berlin that seek to showcase the city’s alternative side.

What are your favourite summer spots in Berlin?

Previous post Treat Yourself to Christmas in the Caribbeans This Year

4 Cool Neighbourhoods to Check Out in Berlin