7 Best Spots to See the Aurora Borealis in Canada

Each year between October and March, something spectacular takes place in the sky above a host of Canadian coordinates. In a show of epic proportions—the kind only nature can pull off—the Aurora Borealis paints the night sky with swaths of fuchsia, green, and violet that hover 80 to 640 kilometres above the Earth. And because Canada boasts approximately 85 percent of all accessible land under the auroral oval, we experience the brightest and most frequent displays.

Operating on a scale that would put any fireworks show to shame, the Northern Lights—collisions between particles from the Earth’s and sun’s atmospheres—are best viewed from higher latitudes when the conditions are just right, think: clear night skies, limited light pollution, and extended darkness. And yet, even when all these factors line up, Mother Nature’s light show only takes the stage when she feels ready (read: her spectacles are related to geomagnetic activity, which is difficult to anticipate). Thankfully, apps such as My Aurora Forecast & Alerts help with predictability.

Since travelling to far-flung locales is a touch tricky right now, let’s dream about nature’s “Lite Brite” through these viewing locations below.

Please check provincial and federal guidance for safe travel as protocols continue to evolve. Find out what to expect and how to find flexible travel on the Expedia COVID-19 travel guide. Visit local as much a possible, and file away any faraway options for future trips. 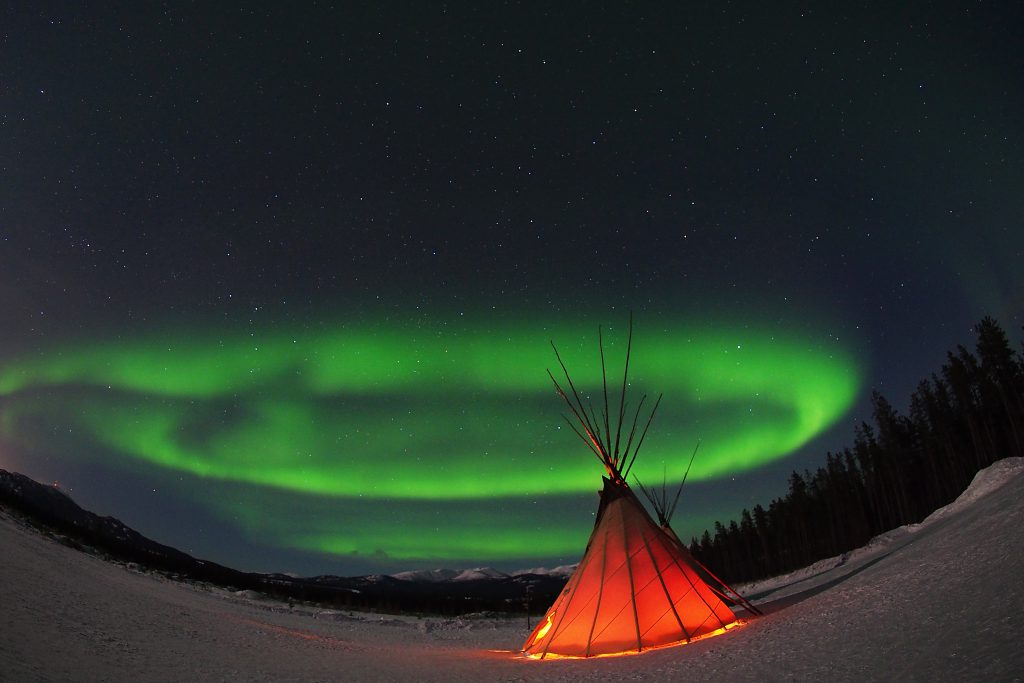 Hailed as the Aurora Capital of North America, Yellowknife offers ideal viewing conditions thanks to its prime location under the Auroral Oval and its semi-arid climate. Here, on the shore of the Great Slave Lake, viewers have a 95 percent chance of seeing the lights—a better chance than anywhere else in the world!

Hint: View the lights from a warm and cozy TeePee at Aurora Village, an entirely indigenous-owned experience that exposes travellers to new settings and fuels personal growth by connecting with different cultures. 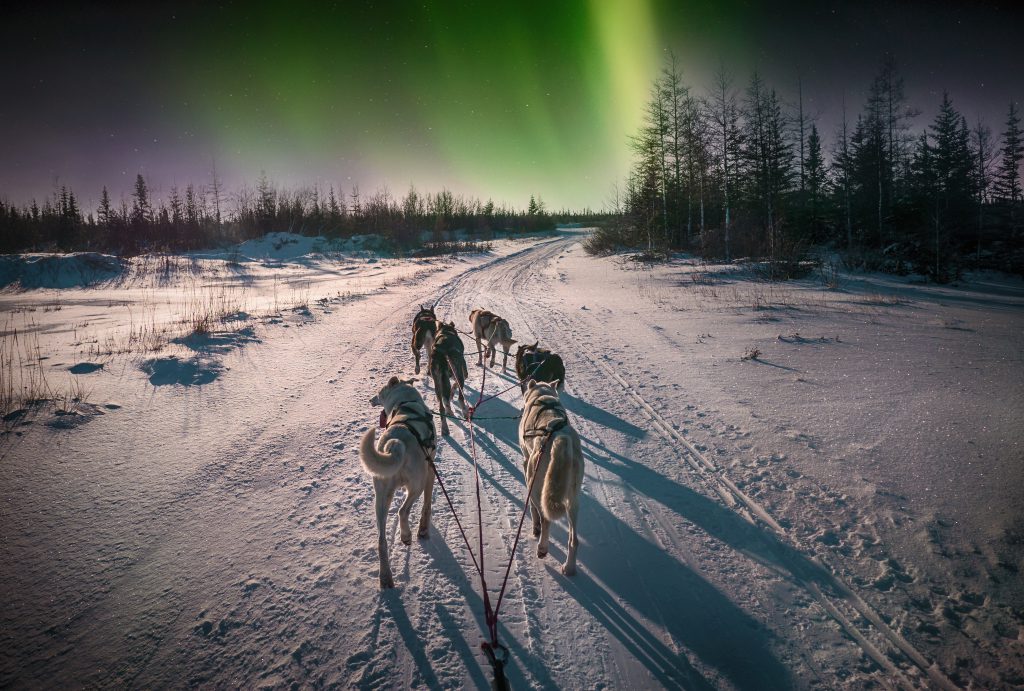 What a way to see the Northern Lights!

Most of the Yukon’s vast territory is free from ambient light. This natural mood lighting, paired with its northern backdrop and inky winter skies offers some of the most reliable aurora-scoping in Canada. Because of this, a host of guides specialize in Northern Lights tours.

For the DIY types, Yukon-based photographer Mark Kelly highlights “Kluane National Park (a UNESCO World Heritage Site) as an ideal place to try one’s hand at night sky (aurora) photography.” But, in an interview with CBC he explained that in a northern and sparsely populated location such as the Yukon, it’s most important to “get out of town to find a good dark sky.” It’s here, he notes, you’ll find optimal viewing opportunities. 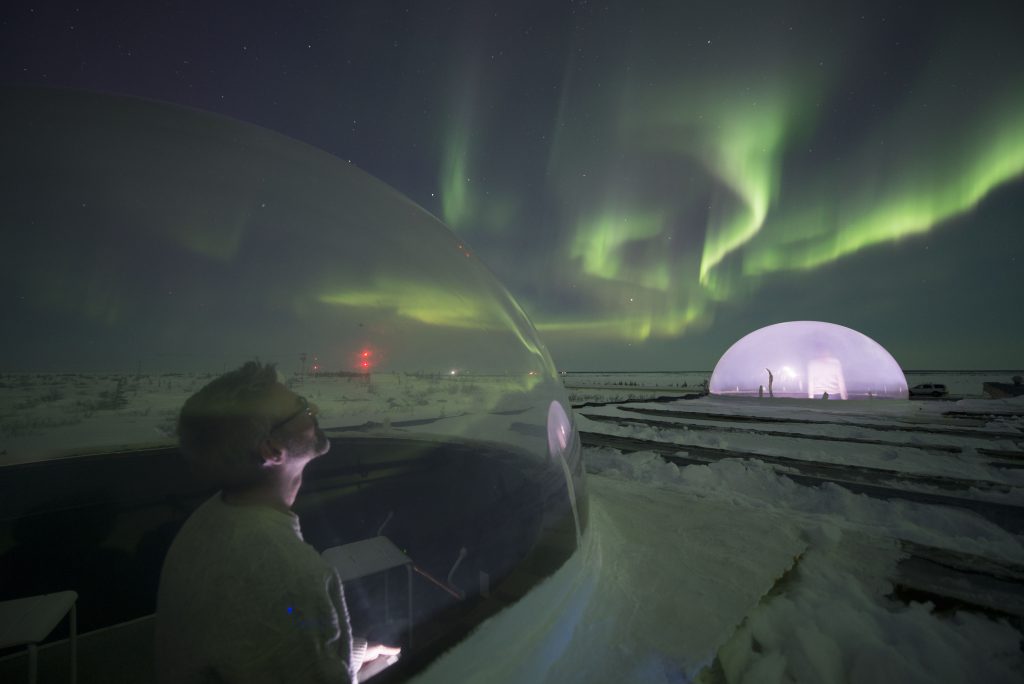 Embrace the opportunity to get off the grid, go on an arctic polar bear safari, and experience something spectacular: Subarctic Skies! Enter Churchill, Manitoba, known as one of the best places in the world to view the lights due to its proximity to the Auroral Oval. For more than 240 years, astronomers have trekked to this Northern nirvana to investigate the upper atmosphere with cameras, balloons, and even rockets! Learn from their legacy at The Churchill Northern Studies Centre, an active Arctic research station just 30 minutes outside of Churchill. 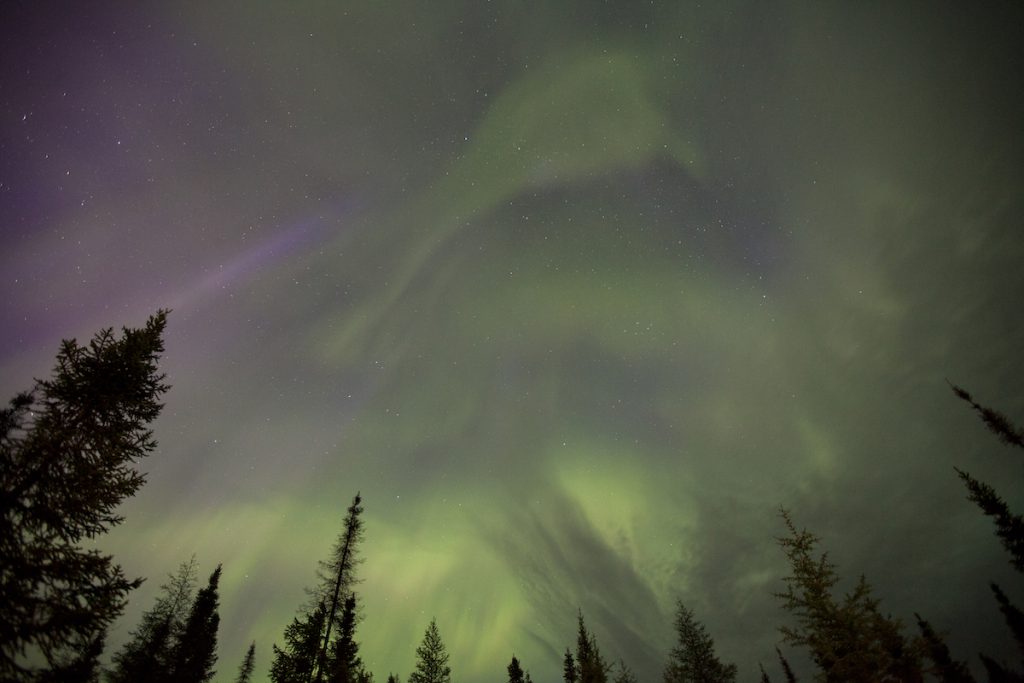 Mystery of the Aurora Borealis

Another notch on Canada’s astronomy belt belongs to the Royal Astronomical Society, a group who has established the world’s most stringent parameters for Dark Sky parks and preserves. One location adhering to these strict standards is Mont-Mégantic International Dark Sky Reserve stretching across more than 5,200 square kilometres.

Located in Mont-Mégantic National Park, the reserve is the first site to be globally recognized as an international Dark Sky Preserve. Through its significant investment in light pollution reduction, it provides a true Dark Sky experience both now and for years to come.

With such little artificial light, when the weather is right, the sky is ripe for stargazing (hello, Milky Way!) and marvelling at the mystery of the Aurora Borealis. 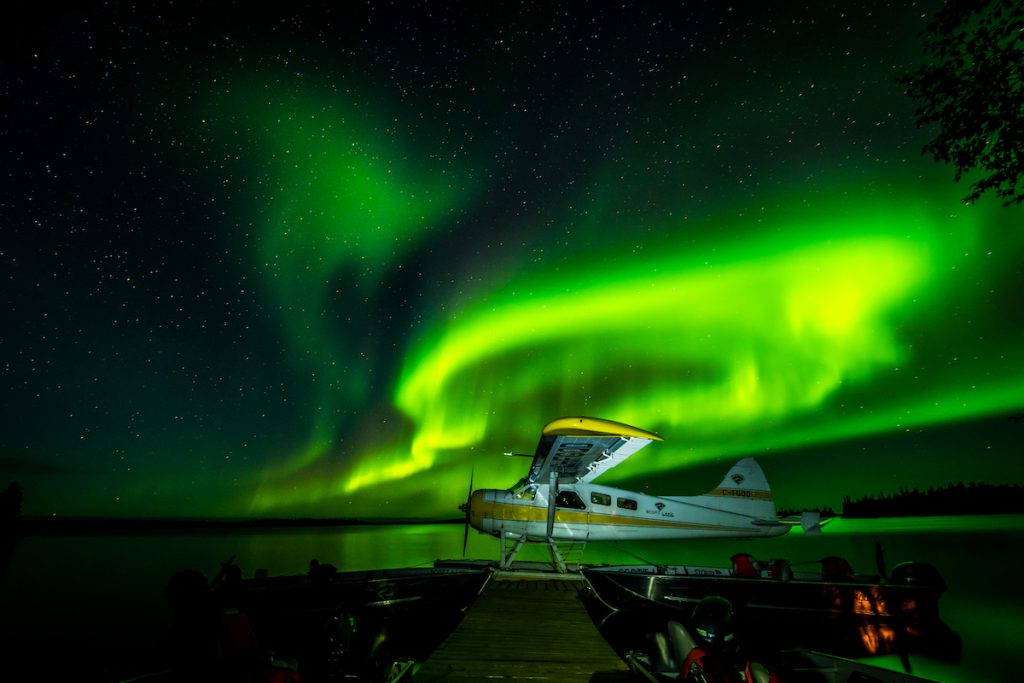 In an impressive “Oh! Canada” moment, Parks Canada protects more Dark Sky jurisdictions than any other agency worldwide with 13 parks holding Dark Sky designations. Located near the Saskatchewan-Montana border, Grasslands National Park is the darkest Dark Sky Preserve in Canada. Its darkest block, spanning 729 square kilometres, is ideal for stargazing, viewing deep-sky objects, and, on occasion, catching a glimpse of the Northern Lights—quite apropos for Canada’s Land of the Living Skies province. Way up from the 49th Parallel in Northern Saskatchewan, your chances of capturing an Aurora moment are even greater at locations such as Scott Lake, which is home to fly-in fishing lodges and secluded cabins. 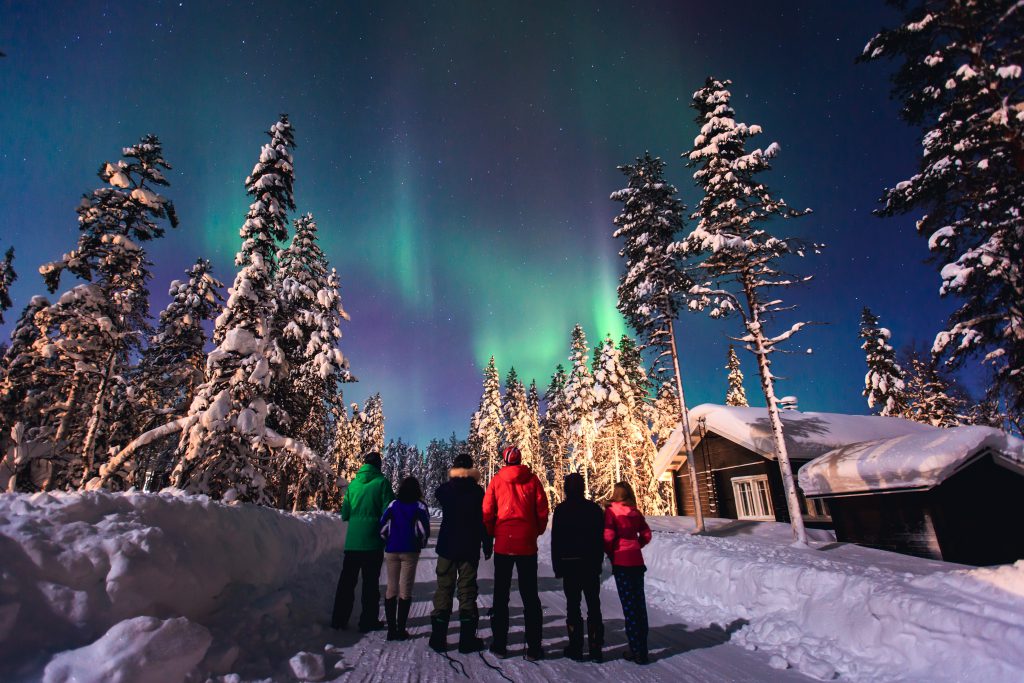 Another coordinate within Parks Canada’s Dark Sky protectorate hovers at the top of Alberta and crosses into the Northwest Territories. Here, miles away from urban glare, gaze into galaxies near and far at Wood Buffalo National Park, the world’s largest Dark Sky Preserve. During prime fall and winter viewing season, nighttime flare activity on the sun can light up the night sky with ruby and emerald tones. If you prefer warmer weather for your “brush” with the painted night sky, late-August and September are also known to have gorgeous auroral displays.

Hint: Did you know it’s possible to see the sky’s northern glow from Banff or Jasper? Just make sure to drive away from any nighttime light source for the best possible scenario. 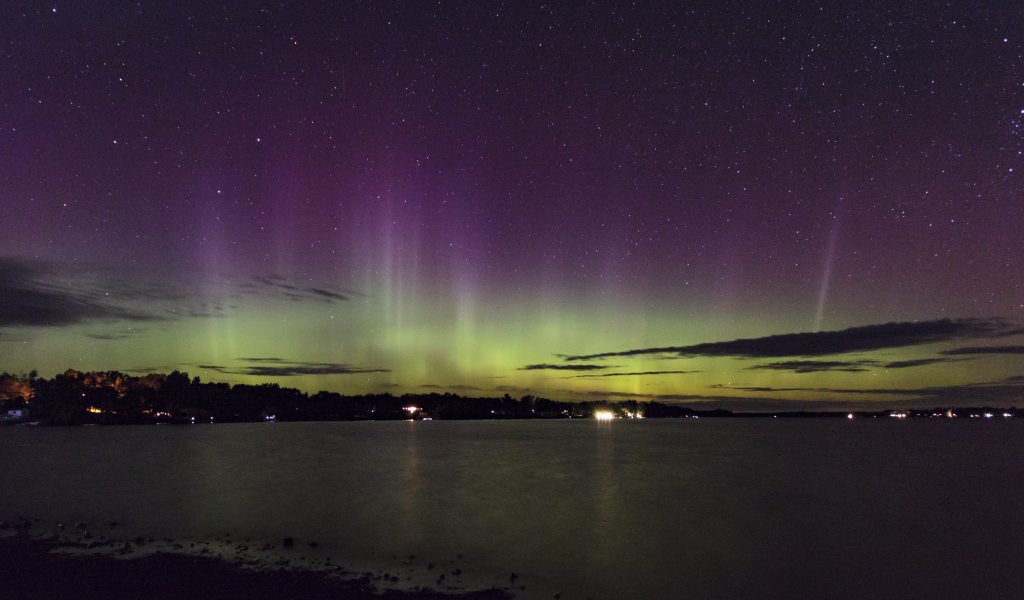 The most southerly spot on this list of celestial stages is halfway between Toronto and Ottawa in Lennox and Addington County. Aiming to create a night sky experience similar to 100 years ago, its Dark Skies Viewing Area offers a lens into the otherworldly. Here, see planets such as Jupiter and Saturn; galaxies such as the Milky Way; and phenomenons such as meteors and the ethereal Northern Lights (which appear, ahem, when the stars align)—all in a widespread environment with lots of physical distance.

As your auroral inspiration-metre rises high, remember: A trip to see the Northern Lights in Canada includes more than our natural nightlife. Fill your days exploring the landscape on dog sledding tours, snowshoeing expeditions, ice fishing adventures, or cultural activities—many of which are run by Indigenous-owned and operated businesses.

Keen to explore? We are, too. Grab some popcorn and hot chocolate, and look up. When Mother Nature performs she never disappoints.

Have you seen the Northern Lights? Where’s your top spot for viewing? 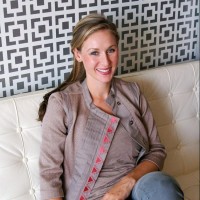 About the Author Trip Styler

How to Work From Here from the West Coast of Canada