Where to Go on Your Tour of the Scottish Highlands

With mountains and rugged landscapes that call out to your inner adventurer, the Scottish Highlands are a world-class travel destination. If this natural treasure is on your bucket list, or if you are simply looking for a way to finish off your Euro Trip this summer, you might want to consider including the Scottish Highlands in your itinerary. If so, this article is for you!

Edinburgh – the capital of the Kingdom of Scotland

There are few better places to start or end your adventure in Scotland than in Edinburgh. Being home to Edinburgh Castle, Arthur’s Seat, Mary King’s Close, the Princes Street Gardens, and many other attractions, make it a good enough reason to choose this as your starting point.

Give yourself a couple of days to wander the town on foot, visit the various museums and galleries, and then once you feel like you’ve seen enough of the city, you can pick up a rental car and get started with your adventure.

Inverness – your staging point for your adventures into the Scottish Highlands

Heading north from Edinburgh, you’ll want to spend a day or two in Inverness before beginning your first forays into the remote reaches of the Highlands of Scotland.

With a distinctive castle, and a unique museum focused on marine artifacts and exhibits, there are enough curiosities to keep you occupied after stocking up on the clothing and gear you’ll need to keep warm in the mountainous lands that lay beyond.

If you get a chance, be sure to check out a Shinty game, as it is a physical variant of field hockey that gives you an idea of the pre-origins of Canada’s national passion.

One of the first destinations of note that you’ll encounter after departing Inverness is Loch Ness. With a depth of 227 metres and peat rich soil obscuring water clarity to a great degree, tales of the existence of a monster within its depths have given this part of the world great notoriety.

Rumoured to be the long lost genetic cousin of the plesiosaurs that  supposedly died out millions of years ago, it has brought scores of tourists to the loch’s shores since its first reported sighting.

Even if you don’t believe the highly questionable claims, the Loch Ness area is still worth a visit for the simple beauty that combines the low mountains of the region with a long, murky lake that oozes atmosphere.

In addition to taking a highly entertaining boat cruise, don’t forget to visit Urquhart Castle, whose ruins make for stunning photo opportunity three quarters of the way up Loch Ness. 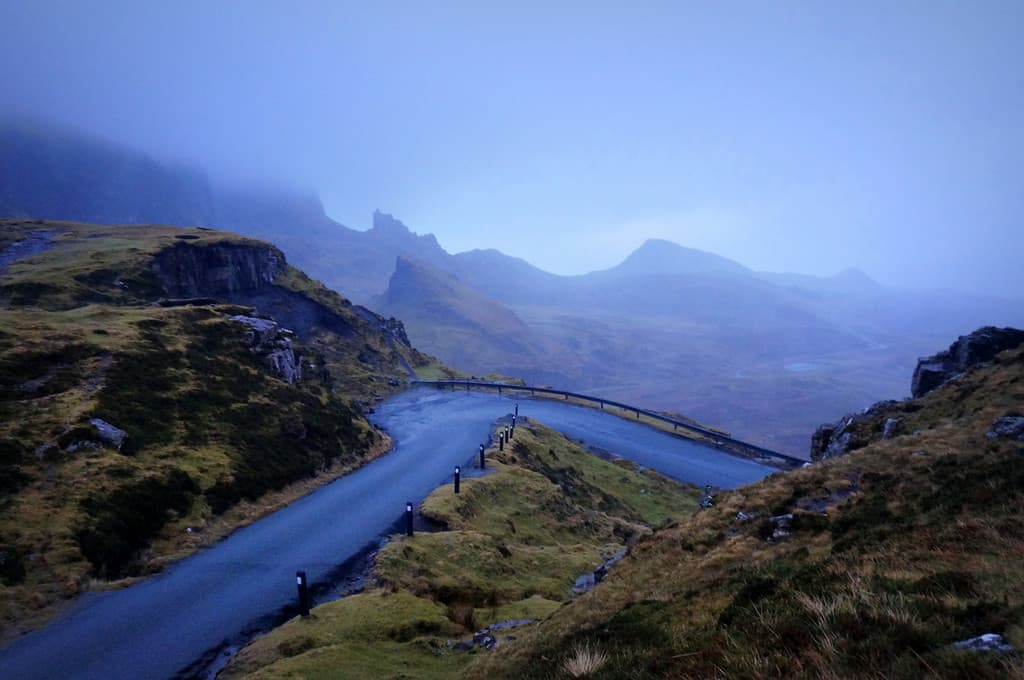 Isle of Skye – where Heaven and Earth meet

After taking a day to explore the shores of Scotland’s most famous lake, head out westward through rugged mountain passes to the Isle of Skye.

Only connected by a bridge in recent generations, Gaelic can still be heard in conversation on the streets of its small towns, giving them a charm that few other places in the UK can match.

Numerous coastal and mountain hikes can be done throughout the region, and with Scotland’s oldest continually inhabited Dunvegan Castle  being located here, culture vultures will be kept suitably busy as well.

Ben Nevis – the roof of the United Kingdom

Fancy yourself a nature lover? If the first thought that springs to mind is with regards to how many peaks you’ll bag in the Scottish Highlands, then Ben Nevis should make the list of places to visit on your holiday as it is the tallest peak in the United Kingdom.

Despite the well-worn “tourist route” to the top, be sure to treat this climb with the respect that it deserves, as the summit barely makes it more than a couple of degrees above zero even in peak summer season. Dress warmly in clothes that can be layered on and off as needed.

Love mountains and trekking, but not looking to scale peaks in the process? There are plenty of amazing peaks that can be seen from the comfort of the valley floors of the Scottish Highlands, and there is no better valley in this part of the world than Glencoe.

Traced with numerous trails leading from a town that couldn’t be anymore charming if it tried, they will take you beneath monstrous peaks, alongside mountain streams and through haunting moors. If you aren’t an avid hiker before Glencoe, you will be full of enthusiasm about it soon after.

Stirling – the soul of a nation

Situated on what used to be the only road leading into the Scottish Highlands, Stirling was a city of great historical importance, thus ensuring its central role in countless battles for Scotland’s independence in prior centuries.

While they weren’t successful in achieving their primary goal, the struggles that took place here (including a deeply meaningful victory over the English under the leadership of William Wallace) forged a fiercely proud identity in hearts of every Scot, making Stirling the perfect final destination on your tour of this amazing country.

Sights that shouldn’t be missed here include Stirling Castle, considered to be one of the best preserved castles in Scotland; the Wallace Monument, in honour of Scotland’s greatest hero; and the Stirling Old Bridge, where an emotional victory was won against the Redcoats.

Where would you go on your Scottish adventure?

Canadian Millennials Recommend Their Favourite Places to Visit in 2018