With Canada being such a young nation on the world stage, the number of home grown dishes available here make for quite the short list. Most meals made at home or eaten out in restaurants are borrowed from our American friends, or from our European or Asian ancestors.

However, time is beginning to work in our favour as the 20th century has seen the emergence of Canadian dishes like ginger beef, beaver tails, and poutine. The latter food is perhaps the most famous; this hot mess of french fries and cheese curds covered in hot gravy has attracted attention for its down to earth nature and its status as a guilty pleasure in a health-obsessed society. 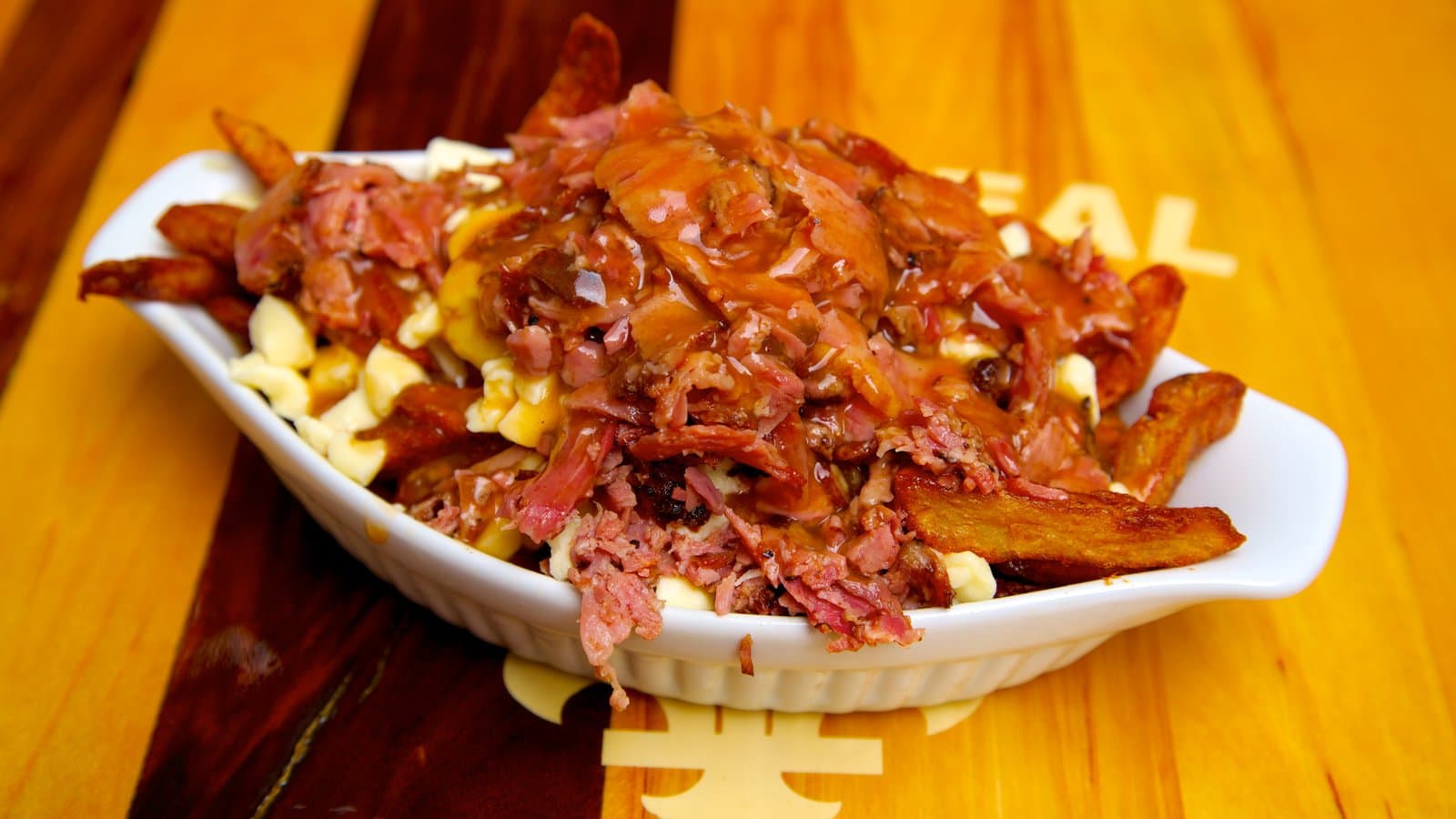 While eating Canadian poutine everyday might not be the best thing for your waistline, throwing caution to the wind for a week can’t possibly be bad in the long run: you’re on vacation after all!

If you are in search of Montreal‘s best poutine, the following diners, canteens, and fine dining restaurants will have some of the best variations that you will ever have the pleasure of sampling.

Opened in the late 1960’s as a 24 hour snack shack where the residents of Le Plateau Mont Royal could go to get some of the best hot dogs and fries in the area, La Banquise added poutine to its menu in the early 1980’s.

Back then, they only had the classic and Italian poutine on their menu. Today, with a major renovation complete, various kinds of microbrews on offer and 30 different styles of poutine, this Montreal institution boasts over 27,000 fans on Facebook for a dedication to taking a simple dish and transforming it into a thing of beauty.

If you can’t decide between all the options that lay before you, those with a monstrous appetite will want to have the T-Rex poutine (contains pepperoni, bacon, burger bits and cut up hot dogs in addition to the fries, cheese and gravy), while those looking to avoid meat altogether can have La Véganomane, which substitutes the cheese curds for an imitation cheese sauce that contains no animal products.

With house recipes so mouth watering that it has inspired a small number of chain locations (one of which can be found in Toronto of all places), dropping into Poutineville at some point during your visit to Montreal should be a top priority.

Despite branching out into other markets, the emphasis of Poutineville is centred on creating gourmet and specialty versions of the classic Quebecois dish. A classic example of this is the red wine sauce on their flagship dish (the Poutineville), which reviewers have raved about, and as we can attest personally, it certainly is one of their best gravy toppings.

If you’d rather sample poutine in an environment that embraces the greasy nature of this dish (cardiac arrest be darned!), then heading to The Green Spot should be a venue that makes your list during your time in Montreal.

While The Green Spot’s poutines lack the flair and complexity that is present in the two aforementioned establishments, they make up for that with massive mountains of meaty toppings, thick full-flavoured gravies, and tons of cheese curds sprinkled atop house made fries.

Those with little regard for their cardiovascular health (or those willing to silence their conscience for one meal of pure decadence) ought to order the Brontosaurus Poutine, which is loaded with enough bacon to empty half a package that you’d buy at the grocery store.

A fine dining restaurant focused on French cuisine, Au Pied de Cochon is certainly the last place that you would expect to find a dish that emerged from rural fast food joints in rural Quebec in the 1950’s. However, despite offering proper plates with names like Pied de Cochon and La Lapin Royal, a considerable portion of their clientele that walk through their doors come specifically for the Fois Gras Poutine.

Made with fattened duck liver, a special house sauce and fries that will make most others taste average after the fact, it is well worth the visit.

Colorfully painted and designed on its exterior, the appearance of Patati Patata is enough to lift the spirits of its customers even on the dreariest of winter days. Your mood will only improve once inside, as not only can you have your poutine in a number of interesting varieties (veggies will love the Patatine, as it contains onions, olives, and sweet peppers), but a standard portion will only cost you about $4 … what value!

Now the big question – where can we find the best poutine in Canada?

Previous post From Family to Funky, Six Great Places to Stay in Jamaica