Strangest Things You’ll Only See in the U.S.

As Eddie Murphy’s character learned in “Coming to America,” things are a bit weird in the United States. Our Big Macs® are big, our dogs are small, and we bleed coffee and artificial cheese. We’re the country that has laws against selling peanuts on Wednesdays and harassing the mythical beast Big Foot. Next time you’re in town, keep your eyes open for more weird things you’ll only see in the USA.

No, That’s Not a Well-Dressed Child

We love our pets in America. And while our SUVs are oversized, we like our pets small enough to carry in a purse or stroller. Owners here don’t like being separated from their animals if at all possible. After all, we’re so crazy about our pets, we dress them up for holidays, carry them into stores, and sometimes we give them anti-depressants if they’re feeling blue. It’s just how things are done around here.

I’ll Have a Side of Diabetes, Please

Americans like to drown themselves with syrup, butter, and Cheez Whiz®, and lots of it. It’s not dinner if the plate isn’t the size of Kanye West’s ego. American portions are clownishly larger than the rest of the world, and it’s one of the first things visitors notice about our country. We feel that as long as there’s a Diet Coke® to go with our double double cheeseburger and large fry, we’ve struck the right nutritional balance. Additionally, peanut butter is nearly a condiment here and we’ll fry just about anything and eat it—including straight-up butter.

The Metric System is for Wimps

If someone understands the metric system in America, they’re either (1) not from here, or (2) tend to buy leafy things in grams and ounces. That being said, few Americans understand our…whatever-you-want-to-call-it system. It’s not uncommon to see people in the baking aisle look up how many cups go into a litre or how many teaspoons make up an ounce. And don’t bother asking how many degrees it takes for something to freeze (32 degrees Fahrenheit) or boil (212 degrees Fahrenheit). It’s a confusing system and no one gets it. But good luck trying to take it away from us!

There are two things you don’t want to hear when you’re on the john: “That one is broken,” and, “I see you!” As many travellers point out, there are unusually large gaps between the bathroom doors in America. No one knows why the standard size is big enough to drive a truck as you’re taking a—never mind.

No Time for a “Dead”line 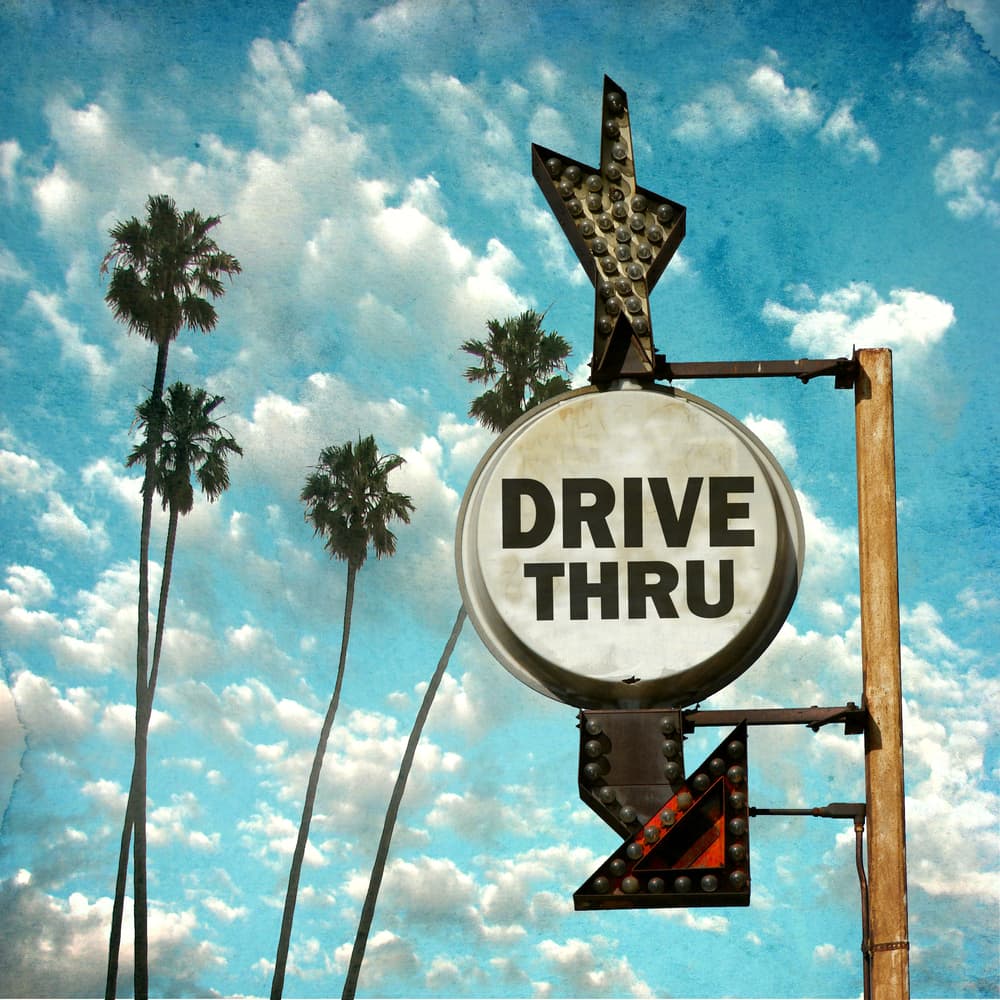 If you need some liquor, a husband, and a chicken sandwich ASAP, come to America. Our drive-thru fast food chains are nearly as recognizable as our flag, but we don’t slack off when it comes to other services, too. If we can avoid walking into a place (or just walking in general), we’ll do it. You’ll see a number of drive-thru pharmacies, espresso bars, banks, hospitals, wedding chapels, donut shops, and even funeral homes. Because death takes way too long everywhere else.

That Better Be Virgin Juice

Sorry, travellers. If you’re not 21, you’re not getting a splash of booze. In America, you are allowed to vote, own a gun, and go to war by 18, but taking a Jell-O® shot under 21 is too extreme for us. If you’ve ever wondered why red Solo® cups are in every American movie and TV show, it’s to blur the age of who’s drinking. Oh, and yes, we actually do use those red Solo® cups for all of our parties in real life. Beer pong isn’t the same with pint glasses.

Next time you travel to the States, turn your attention away from the Empire State Building, the Golden Gate Bridge, and Rocky Mountains. When you’re here, look out for drive-thru wedding chapels, dressed-up dogs, and fried food out the wazoo. That’s the American way, and proud of it.

Canadians Choose the Top 18 Cities to Visit in 2018

11 Pictures That Will Make You Want to Visit Las Vegas

The Best of Montreal’s Bring Your Own Wine (BYOW) Scene