Travelling While Using A Wheelchair

Article and photos were contributed by guest author, Cory Lee.

At the age of two, I was diagnosed with Spinal Muscular Atrophy. This degenerative muscle-wasting disease serves as a constant reminder for me to do as much as I can now while I’m more able than I undoubtedly will be in the future. By the age of four, I was using a motorized wheelchair full-time. In fact, I received my first motorized wheelchair only a few weeks before starting school. On the first day of pre-k, I accidentally ran over a classmate’s foot and burst into tears, thinking the entire class would be scared of my wheelchair and I from then on. Thankfully, four-year-old kids have a pretty short attention span, so within 30 minutes everything was forgotten and okay.

That is my first vivid memory of life as a wheelchair user though and to be honest, I still worry sometimes about whether others will accept my wheelchair and I or not. Sure, life for those of us with disabilities has drastically improved over the past 30 years since the Americans with Disabilities Act was signed, but there is still a long way to go when it comes to inclusivity. 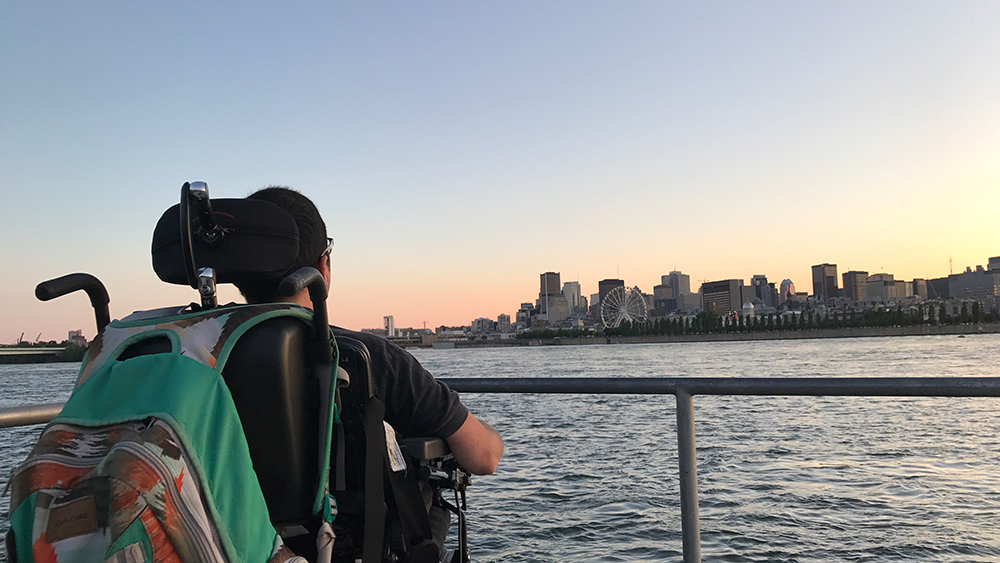 The act of travelling by plane is still incredibly discriminatory, with many airplanes not having accessible restrooms and airlines notoriously damaging wheelchairs during flight. Public transportation in some major cities isn’t wheelchair friendly (I’m looking at you, NYC!). And even trying to dine out in a restaurant can be quite an event. I’ve called restaurants to see if they’re accessible, been told that they are, and then arrived to steps at the entrance. As you can see, travelling while using a wheelchair is not a roll in the park, but it is possible.

Since starting my accessible travel blog, Curb Free with Cory Lee, in 2013, I have travelled to 37 countries and all seven continents. Yes, even Antarctica! My journey to every continent certainly wasn’t an easy one, but they say “Where there’s a will, there’s a way” and luckily, I have four wheels with me at all times, so there’s always a way.

I’d love to share with you some of the things that I have learned on the road and some advice on how you can be a better ally to wheelchair users.

Cory has travelled to 37 countries and all seven continents—even Antarctica!

What Travel Has Shown Me

The world wasn’t made for me, but it is adapting.

I hate to say it, but the world was not made with wheelchair users in mind. That doesn’t mean that it has to stay that way. The first motorized wheelchair was just invented about 100 years ago and in the time since, we’ve been playing catch-up to try to make the old inaccessible world accessible. It takes time, but progress is happening.

The Colosseum in Rome now has an elevator, there’s now a lift at the Acropolis in Athens, and many companies are getting creative when it comes to accessibility. For example, over the past few years I’ve ridden a camel in the Sahara desert, thanks to an adaptive camel saddle invented by Morocco Accessible Travel Consultants, gone adaptive zip lining at Gatorland in Florida, and ridden over the Negev Desert in an accessible hot air balloon in Israel. Ten years ago, none of these experiences would have been possible for me due to limited accessibility, but now the world is more accessible than it’s ever been. We just have to keep pushing for change to make the world even more accessible for the next generation of wheelchair users. 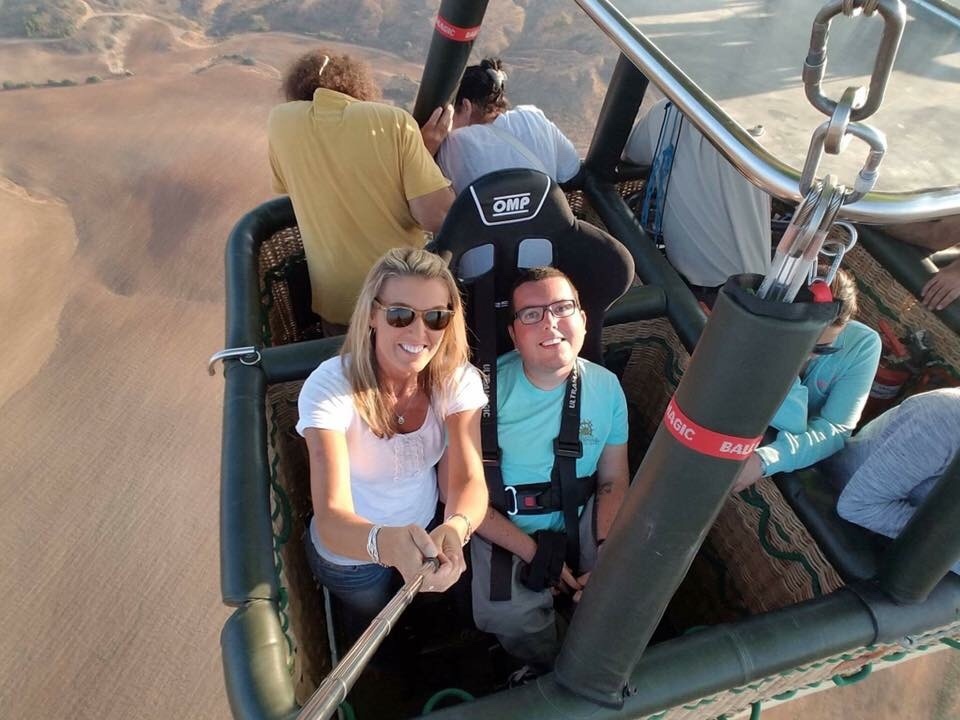 For every problem, there is a solution.

On my first trip ever in Europe, I went to Munich, Germany. Before that trip, I hadn’t travelled much internationally, so I was completely unsure of what all to expect. Prior to going, I booked the cheapest hotel that I could find with an accessible room, assuming that it would work for me. When my mom and I arrived to that hotel in Munich, we discovered that yes, there was an accessible room in the hotel, but there was a step to get in the lobby where the elevator to the room was. Instead of letting this ruin all of the planned fun, my mom asked the hotel staff if they could help. Within minutes, they built a homemade “ramp” from plywood and I was inside.

We then went to our room, plugged my wheelchair battery charger into the outlet with an adapter and converter, and it immediately blew up. Sparks were flying and the power in our small hotel went out for about 15 minutes. It was quite a welcoming to Germany, but instead of panicking, we hopped on Google and found a wheelchair repair shop just a few blocks from the hotel. By some miracle, they had the exact charger that I needed. I bought it and it worked like a charm for the rest of the trip.

When travelling, whether you’re a wheelchair user or able-bodied, things are likely going to go wrong at some point. Instead of panicking when that happens, stay calm, smile, and figure out the solution to remedy the situation. A positive and optimistic attitude is an absolute requirement when travelling (especially as a wheelchair user) and will make your trip a phenomenal one, no matter what. 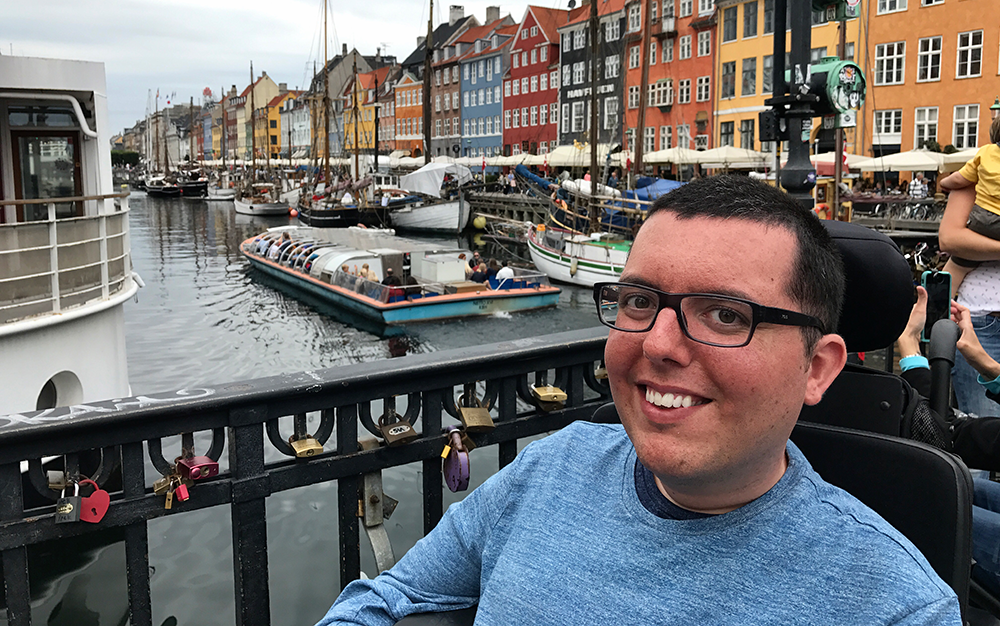 A positive and optimistic attitude is an absolute requirement when travelling

With enough determination, anything is possible.

Since the age of six, I had dreamed of visiting Antarctica. I desperately wanted to see whales, penguins, and giant icebergs, but I always assumed that it wouldn’t be a destination that was exceptionally wheelchair friendly. I was correct. For years, I contacted companies that went to Antarctica, but no ships were accessible. When it looked like my lifelong dream of visiting my seventh and final continent might not actually happen, I learned that Holland America had wheelchair accessible staterooms and some of their ships visited Antarctica. I booked the cruise immediately and finally visited Antarctica this past February. It surpassed every expectation that I had.

Instead of giving up the search for an accessible journey to Antarctica years ago when it seemed impossible, I stayed persistent and searched weekly for something that would work for me. I wanted to travel to Antarctica more than anything else, so I had to stay determined in my quest to find an accessible ship.

No matter what it is that you want, if you make it the priority and stay determined to make it happen, it’s bound to eventually happen. It may take longer than you first expected and you may feel like giving up that dream at some point, but stick with it. Dreams do come true, but you have to work for them. 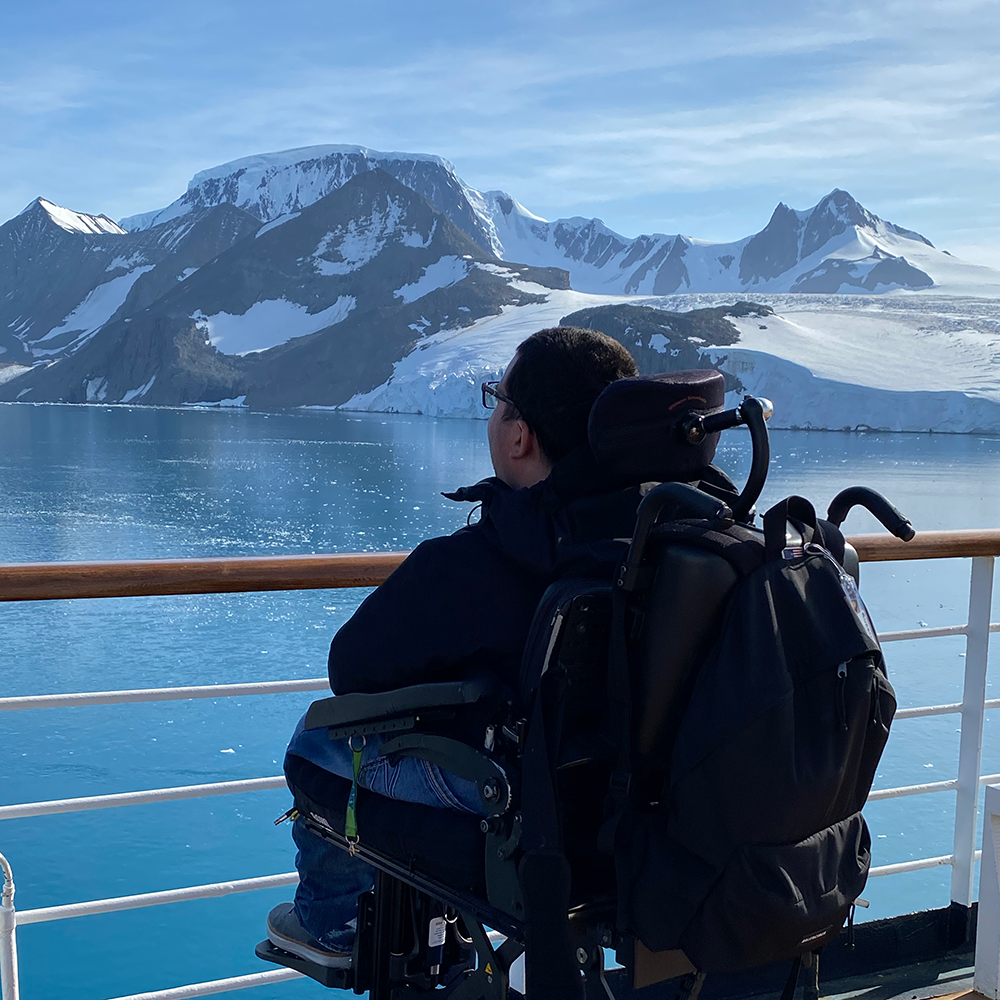 Being an Ally to Wheelchair Users

Here are some quick things that you can do as an ally to make the world more inclusive for wheelchair users:

When I was growing up, my mom always told me “If you can’t stand up, stand out!” Whether you can stand up or not, I hope that you will stand out with me and stand up for those with disabilities. By working together and embracing our differences, we can see beyond ourselves and our perceived limitations and look forward to a more inclusive world. 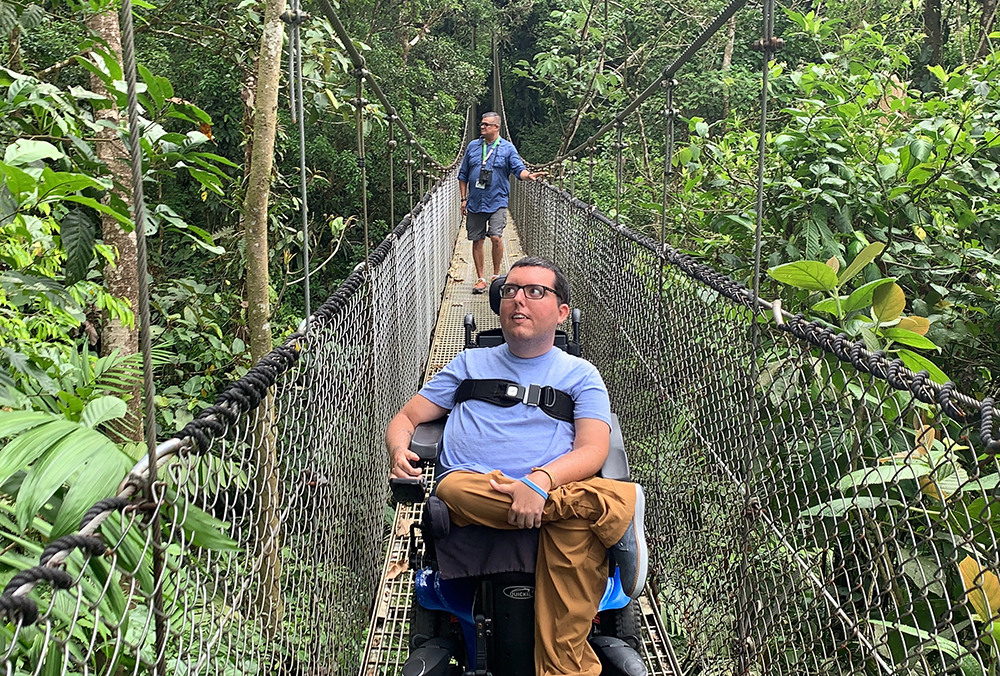 All photos courtesy of Cory Lee

Cory is the award-winning blogger behind Curb Free with Cory Lee, which showcases the world from his perspective as a wheelchair user, and the Content Manager for Handiscover. He hopes to inspire others to roll past their comfort zones and enjoy all of the beauty our world has to offer.

The Well Travel Guide for Parents of Autism Spectrum Children

The Well Travel Guide for Alzheimer’s Patients and Their Caregivers