What to Do on a Stopover in Doha, Qatar

Doha is the capital of Qatar and is among the most populous cities in the region, with a population of over 1.8 million people and growing rapidly. It has hosted meetings of the World Trade Organization, the 2006 Asian Games, 2011 AFC Asian Cup and 2011 Pan Arab Games. It’s also a popular place for stopovers. Discover what you can do on a stopover in Doha, Qatar, from local attractions to fine dining and other adventures you can have in several hours or even a day. 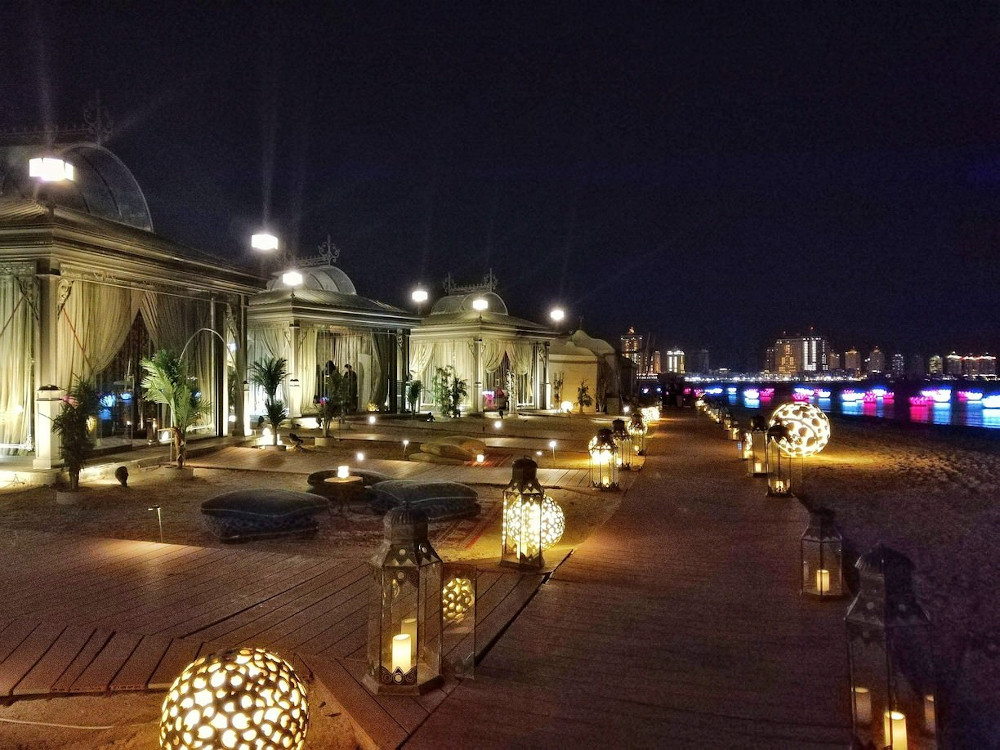 From The Pearl to Doha Corniche in a day

If you’ve got a day to spend on your Doha stopover, there are 4 specific things to do in Doha that you don’t want to miss, with total travel time between them of less than an hour. These include the Pearl, the Museum of Islamic Art, the Grand Mosque and Doha Corniche. Each offers its own attractions as a point of interest, and together they allow you to soak up all the culture of the region.

1. The Pearl: an artificial island with high-end attractions

This human-made island spans roughly 4 square kilometres and is home to 12,000 residents. It’s the first of its kind in Qatar in that foreign nationals can own land here. It’s an upscale residential community with luxury boutique shops and fine-dining establishments. Its coastline offers beaches with soft sand and clear blue waters. It’s a fine example of engineering and architecture, offering all the modern amenities and entertainment venues you could want. Touring the Pearl takes about 40 minutes, unless you decide to stop, shop and eat! 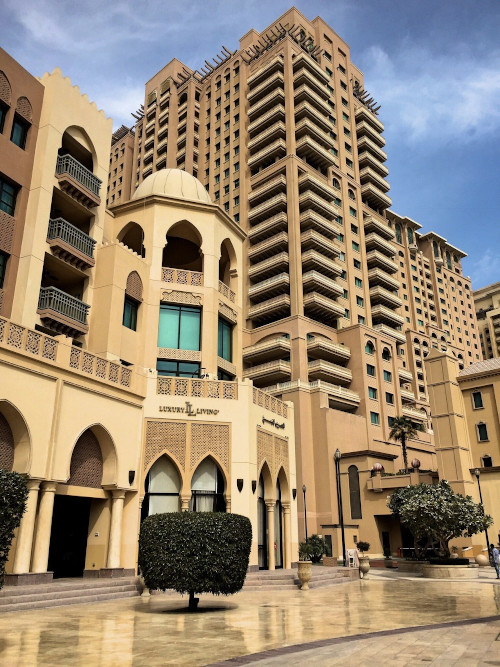 Trover Photo by the Visualente, The Pearl

2. The Museum of Islamic Art

About a 30-minute drive from the Pearl, the Museum of Islamic Art is located at the Doha port. It’s built on an island just off of an artificial peninsula, and it represents a broad collection of artwork collected from across 3 continents and dedicated to Islamic culture. The collection spans over 1,400 years of time and encompasses documents, graphic art, crafts, pottery and more. It’s a window into the rich culture and history of the region and the effect Islam has had on the world at large. Going through the museum should take about 2 hours.

About 10 minutes by car from the museum, you’ll find the Grand Mosque in Doha. This sacred religious site was refurbished in recent years and is a massive edifice in honour of the state Islamic faith. The mosque itself is located in an important neighbourhood and is visible from a good ways off. It was first opened to the public in 2011 and meshes contemporary design with traditional Muslim elements. While it’s a breathtaking site, Westerners may want to be sensitive to current cultural tensions between Islam, Judaism and Christianity when visiting, and respect cultural traditions and mores of the region. Seeing the mosque requires around 40 minutes.

Just another 10-minute drive from the Grand Mosque, the Dorna Corniche is a promenade along the waterfront. It extends a full 7 kilometres, and is the site of many celebrations and national holiday events all year long.

The promenade includes 3 primary regions. Those who are interested in the history and politics of the region will want to visit the government zone, though visitor access here may be somewhat restricted. The Corniche Street area offers great shopping and entertainment venues. Finally, the Corniche Park and Promenade allow you to walk along the waterfront and get stunning views of the city and the gulf. Walking the promenade takes just about 40 minutes.

If you want to visit the highlights of the city on your stopover, there a number of attractions you can check out that are quite walkable. These include the Souq Watif outdoor market, the historic Al Koot Fort, and a bit further out, the Mathaf Arab Museum of Modern Art.

The Souq Watif outdoor market is an iconic location in Doha that has been around for at least a century and was renovated in 2006. Here you can browse dozens of local vendors selling souvenirs, spices, local food, traditional clothing and textiles, and handmade arts and crafts by local artisans. You’ll also find dozens of restaurants and lounges where you can relax and enjoy a bite to eat. Going through the market takes at least an hour of your stopover in Doha, but could stretch longer if you decide to browse slowly or stop for some food. 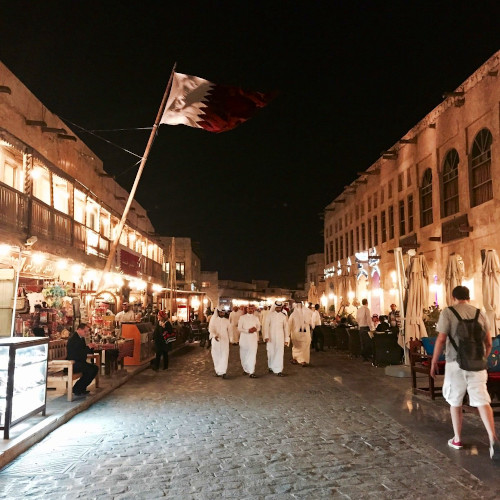 Just a 5-minute walk from Souq Watif, the Al Koot Fort still stands from the 1920s. This military fort was once an active defence installation for the city in more turbulent times. Today, however, it serves as a museum that displays arts, crafts, paintings, pottery, documents and other exhibits relevant to the history of Doha and of Qatar, including the life, culture and military history of the region. It only takes about 15 minutes to view the site, but again, that could stretch a bit longer depending on what you want to see and do.

The Arab Museum of Modern Art, or Mathaf, is not within walking distance of the other highlights on this list, but is equally worth visiting. About a 25-minute drive from Doha, this building is a more contemporary museum, which hosts thousands of exhibits and works by important modern Arab artists, as well as hosting a rotating list of temporary displays and exhibits. The goal of the museum is to promote intercultural dialogue, inspire new artists to pursue their craft and serve as an outlet for creativity. It’s among the most important cultural sites in the nation and is a must-visit on your stopover in Qatar.

These are just a few of the exciting highlights of Doha that you can see on your stopover in Qatar, whether you’ve got a full day or just a few hours of time to kill. Book your trip to Doha, Qatar, at Expedia today to get the best deals on flights and hotels.

3- and 5-Day Itinerary to Visit Qatar

10 Things to Do in Qatar